Genuine place making is the aspiration for all towns and cities across the country.  However the difficulty of creating a sense of place is that commercial development is often not aligned with aspirations of the city.  The Naylor Street project seeks to bridge this gap, addressing the wider concerns of the City whilst delivering a viable project in a location with historically low commercial values.

By combining two individual development sites and approaching the proposal as a single opportunity, the genesis of project began by intentional not designing the buildings at the start of the project.  Through urban design studies, we focused on the hierarchy of streets, public spaces, daylight studies and buildings as groups, with the ultimate goal of creating a new neighbourhood.  By allowing the negative space to dictate the building footprint through Nolli diagrams we were able to determine the ideal level of density for the site.

This iterative process ultimately developed into a collection of individual buildings with stepped massing , inspired by the informal character and variety of nearby streetscapes, subtly subdividing the street into landscaped courtyards in front of each building.  Containing 395 Apartments, this urban development includes, commercial space and secure car parking set within eight blocks of varying heights. 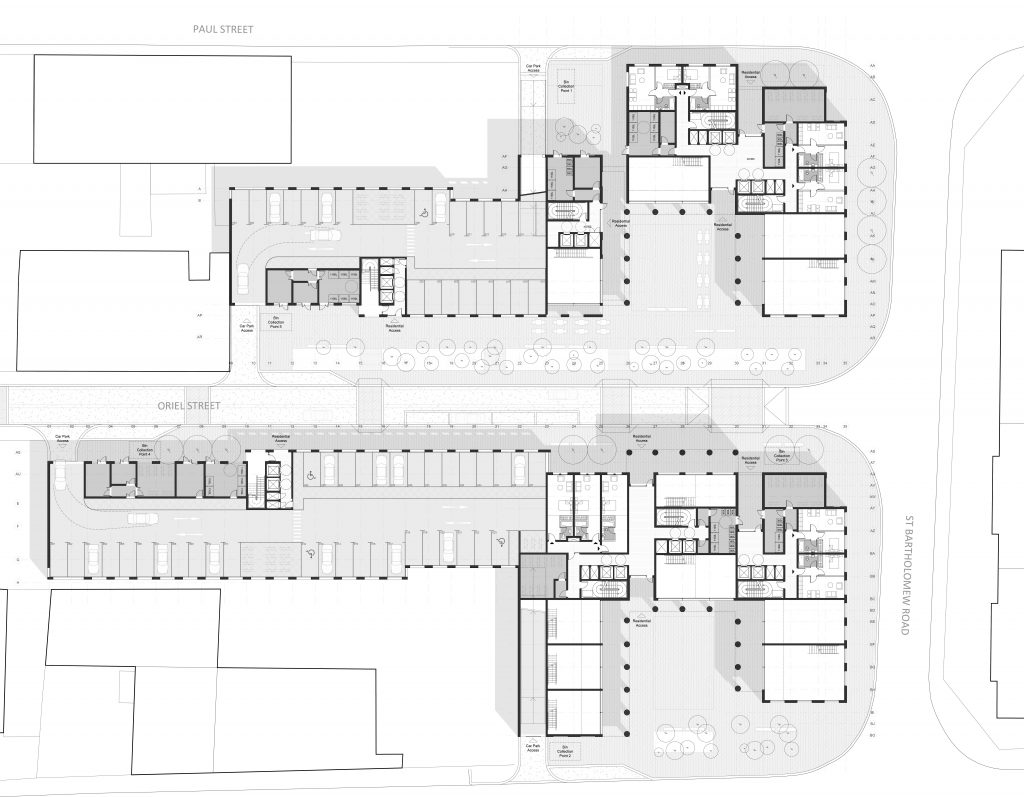 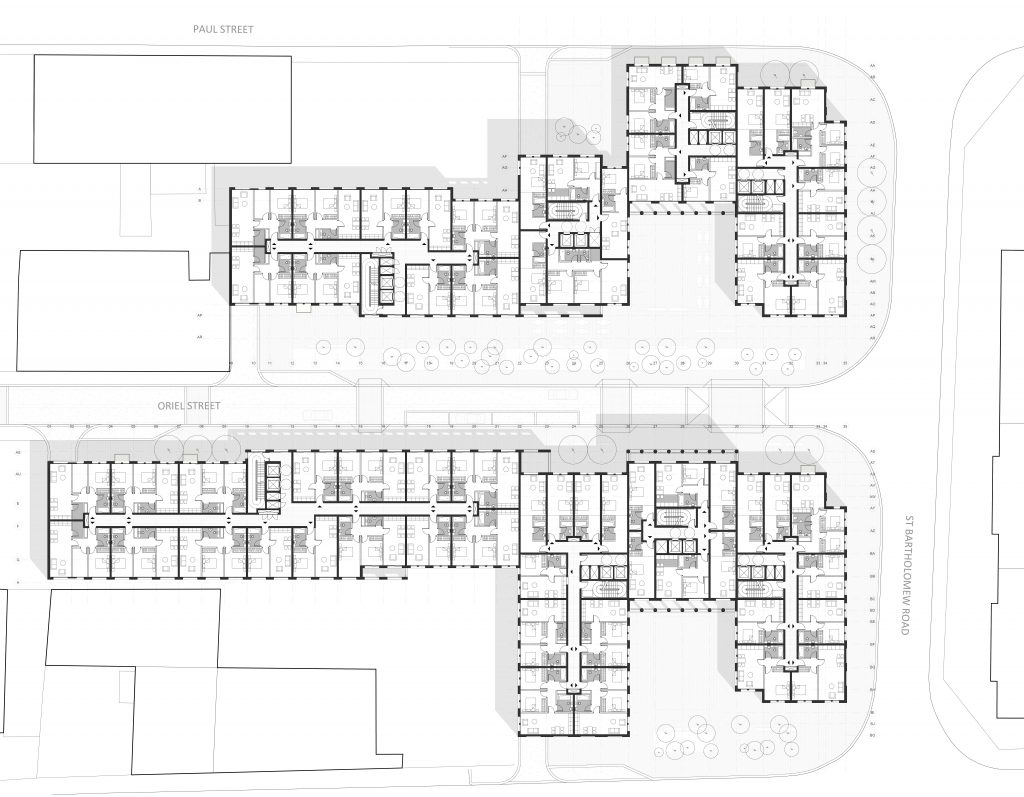 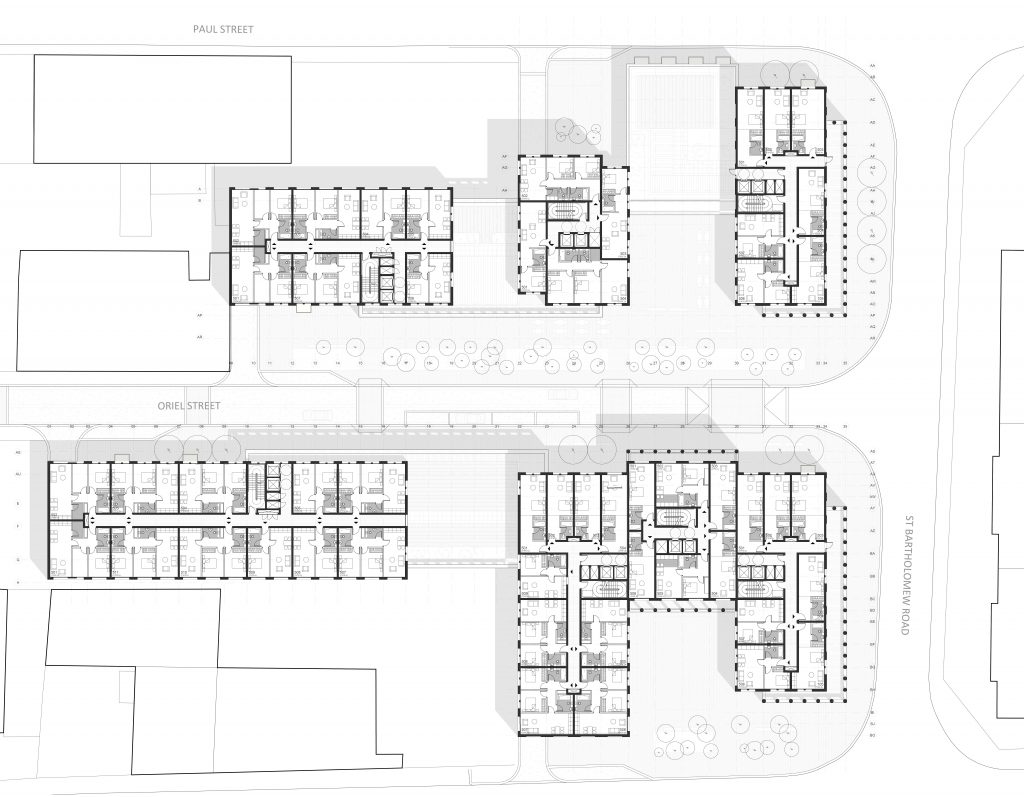 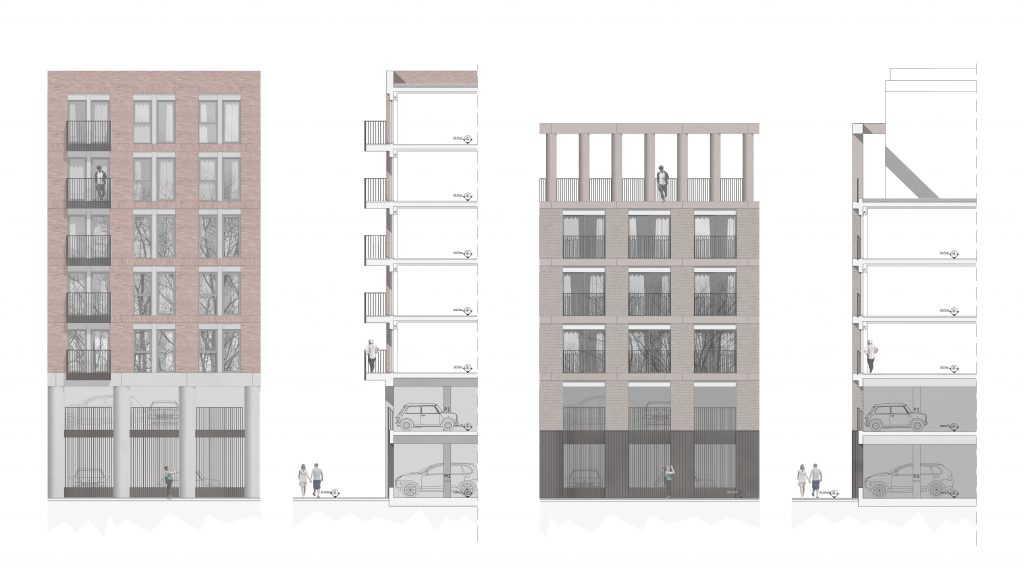 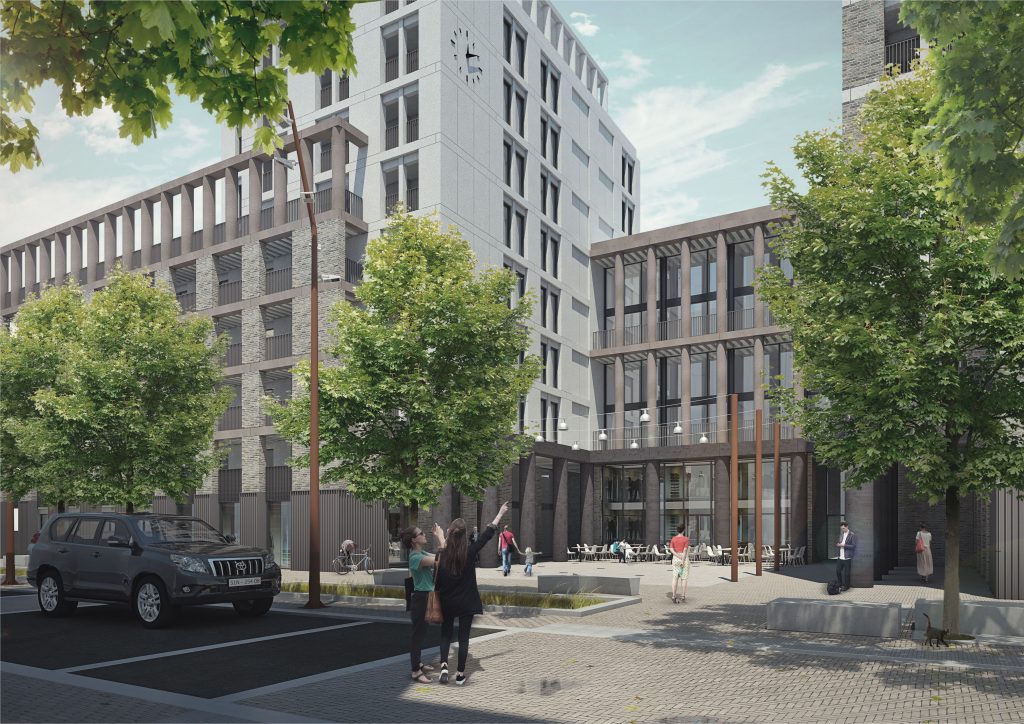