The scheme is located in close proximity to both Liverpool John Moores and The University of Liverpool campuses. In the wider context the site sits within the setting of both the Mount Pleasant and Rodney Street Conservation Areas, located on their southern and western boundaries respectively. These adjacent conservation areas are characterised by an established historic Georgian Quarter comprising numerous listed buildings of architectural and historic importance.

The Georgian backstreets of Liverpool have very distinct character which directly informed our approach to this design, in this particular location the site bridges two very different conditions.  The Western edge of the site is dominated by 20th century large scale industrial warehouses with the Eastern boundary fronting more intimately scaled coach houses.

In order to maintain a degree of the ‘back-street’ character of Roscoe Street, the proposal its subdivided into two distinct volumes along its North South axis. 4 storeys addressing Roscoe street frontage and 7 storeys addressing the scale of the buildings within Oldham Street Development Area. To reflect that the site depth narrows from south to north, the rear façade steps twice, setting the taller element further back from Roscoe Street.

We felt it was important the design read cohesively as one building, our approach has been to minimise the palette of materials and express both volumes through subtle brickwork detailing. In addition to the materials, we felt passionately the correct response for this site was to have gable fronted pitched roofs to its primary elevations.  This decision was purely driven by the historic context, the roof forms had to respect the character of the mews type structures and surrounding Georgian buildings. 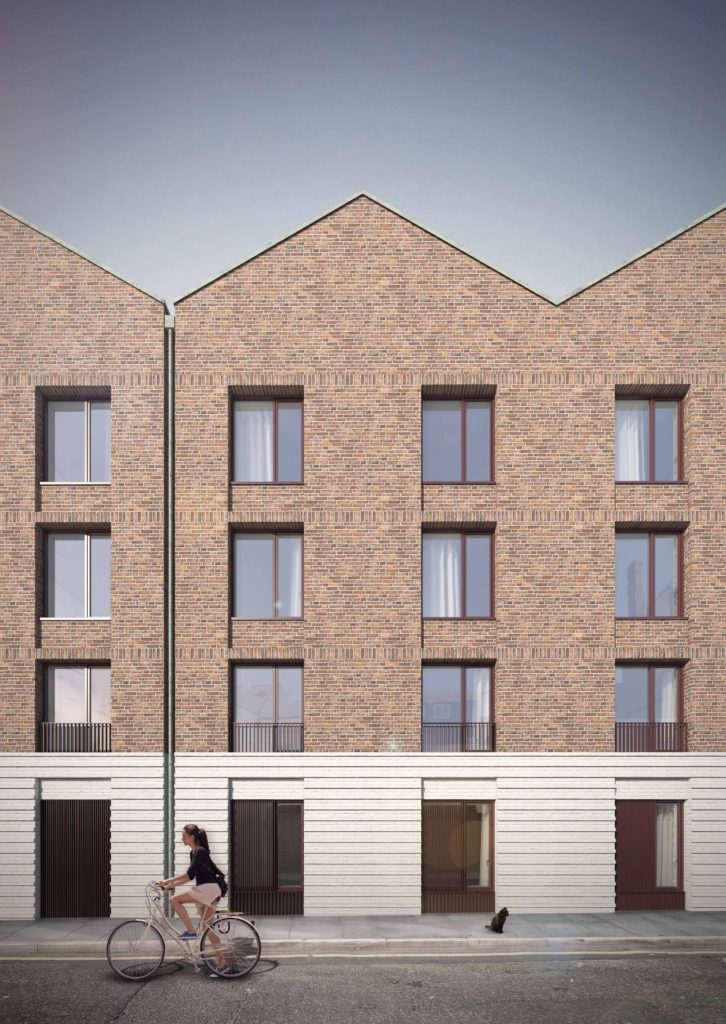 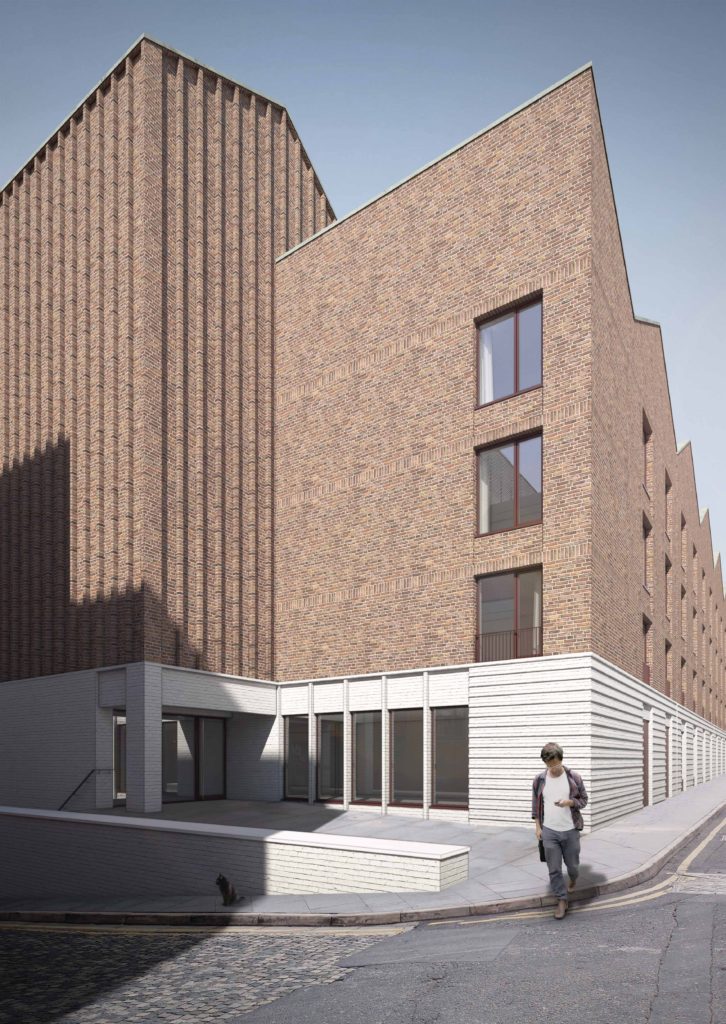 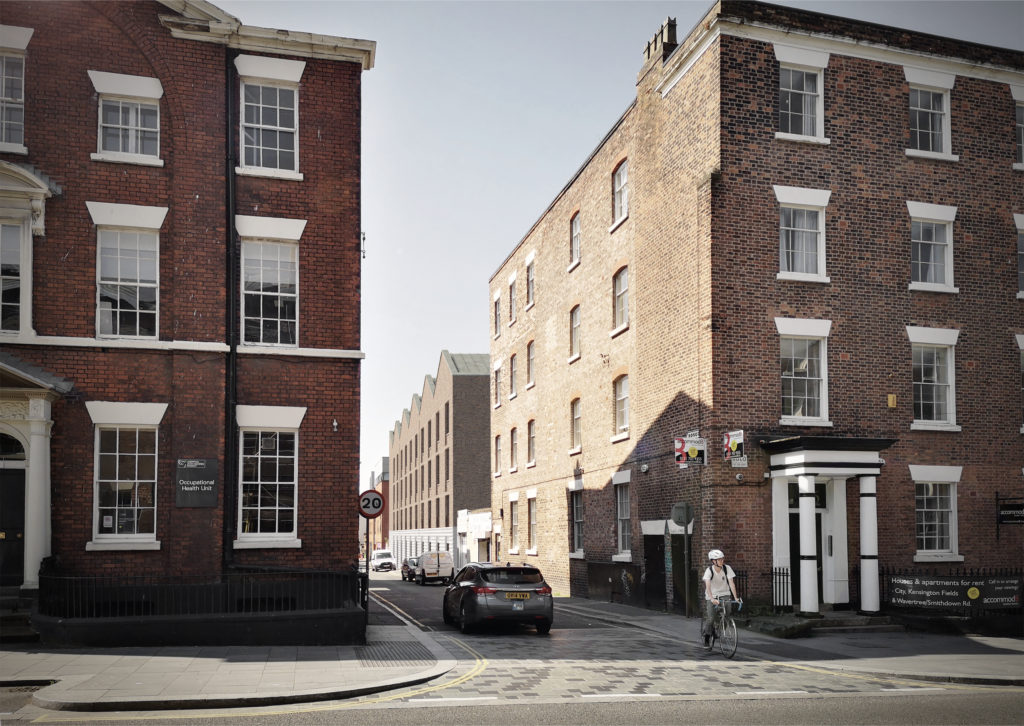 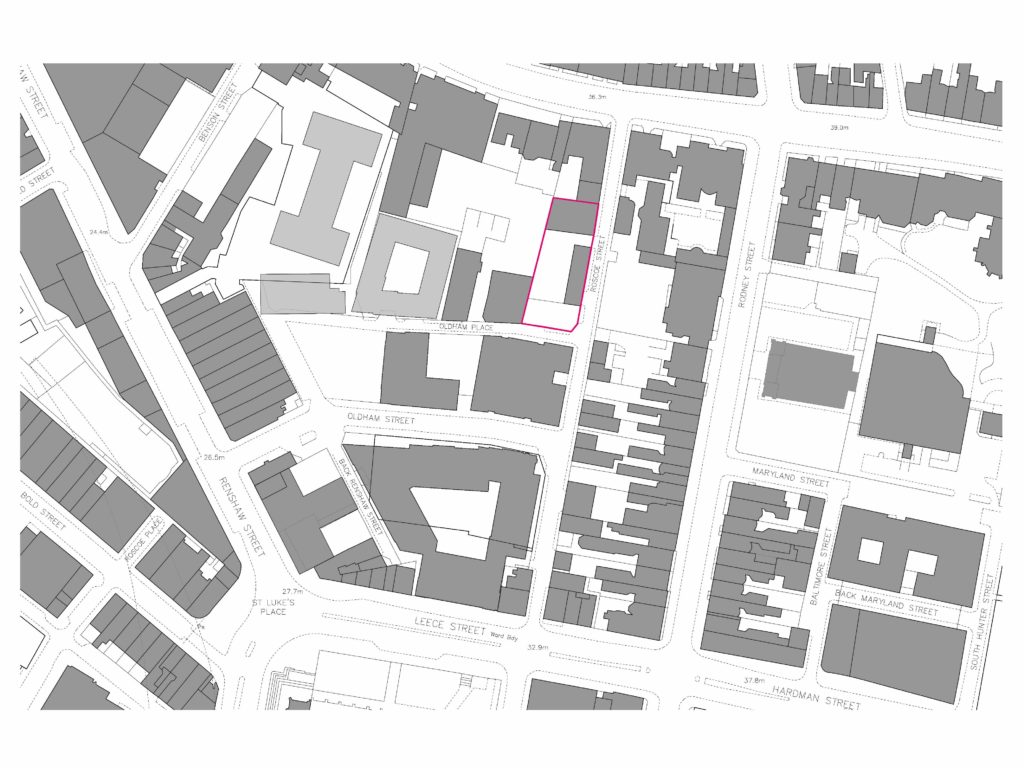 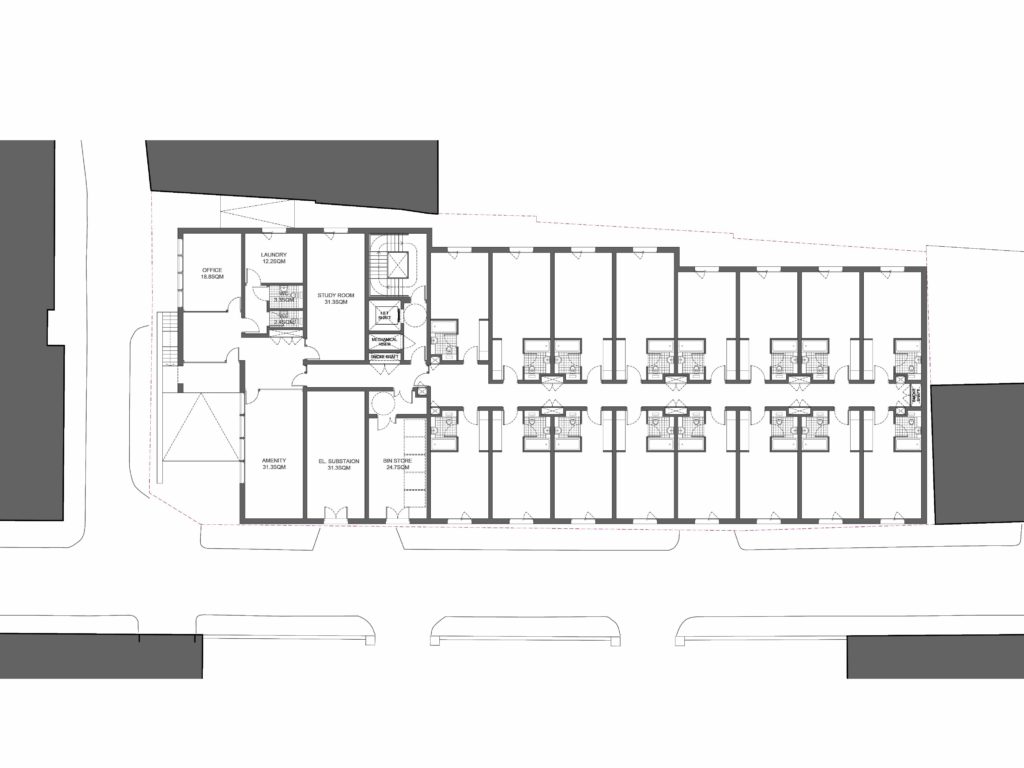 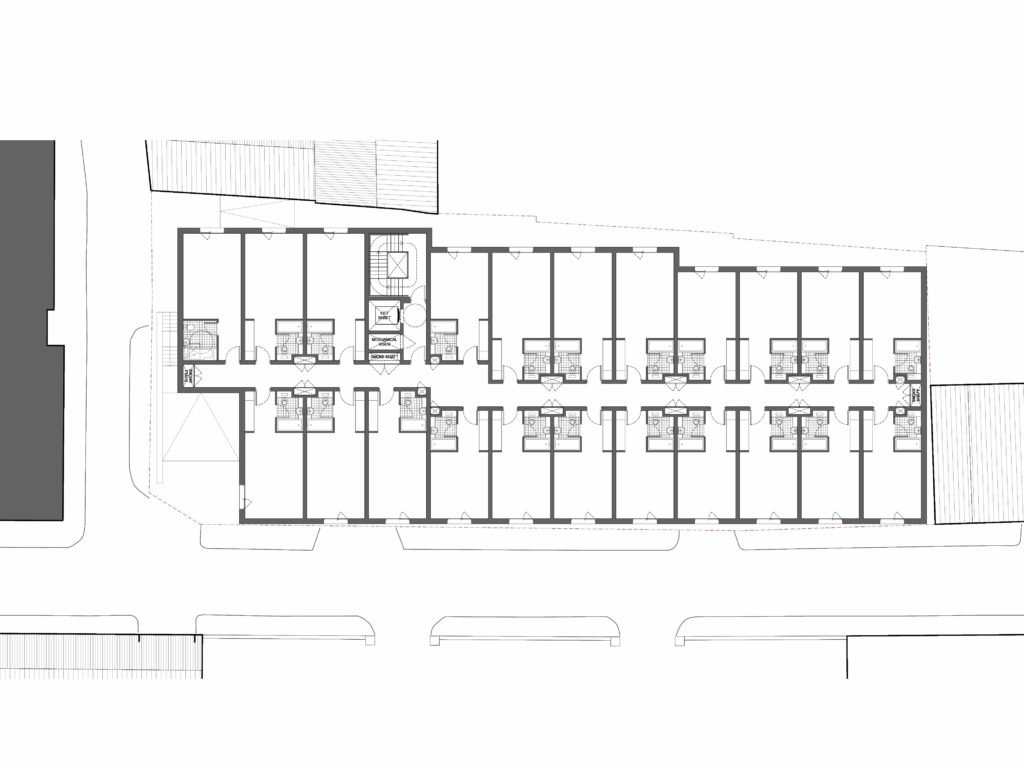 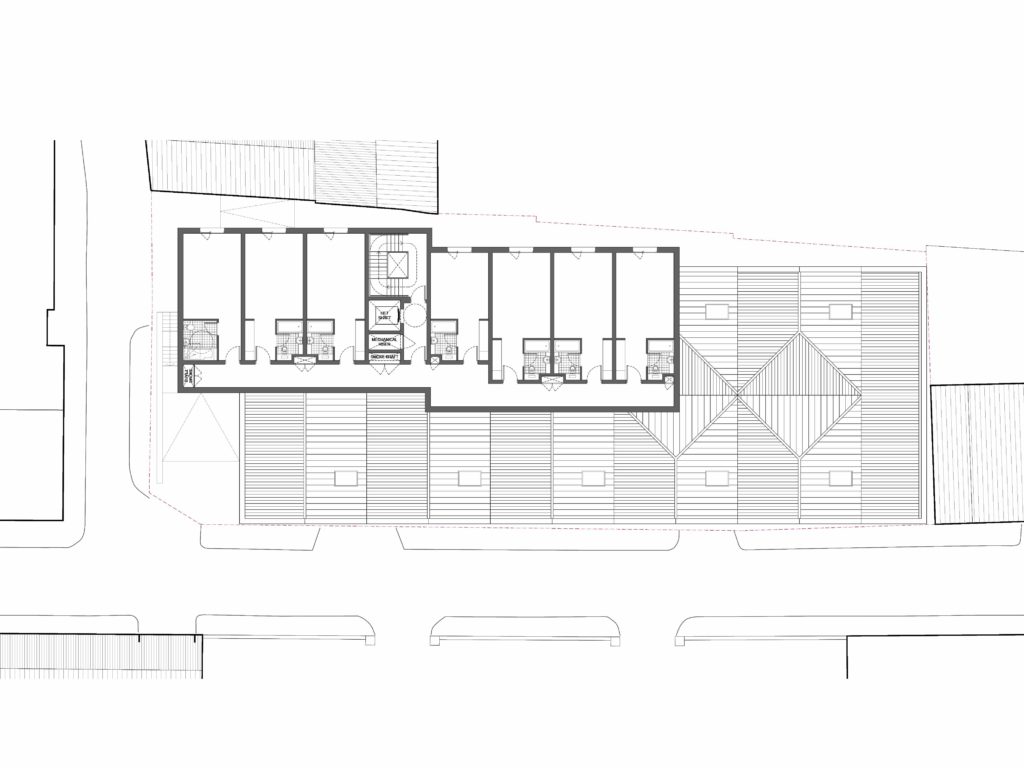 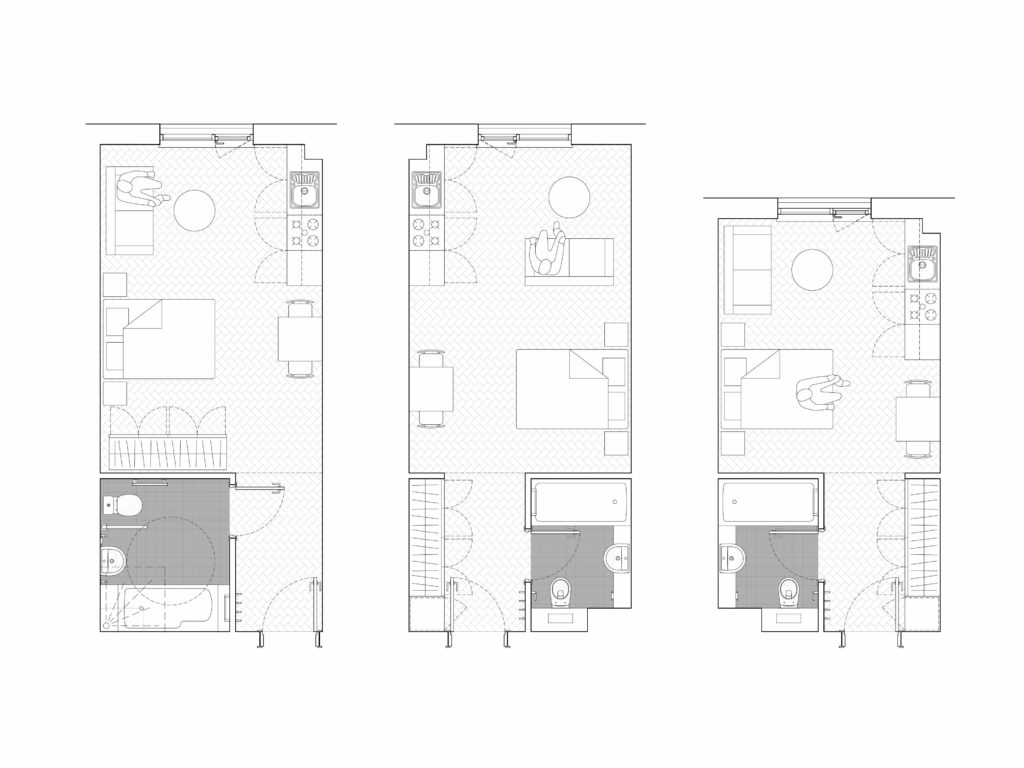 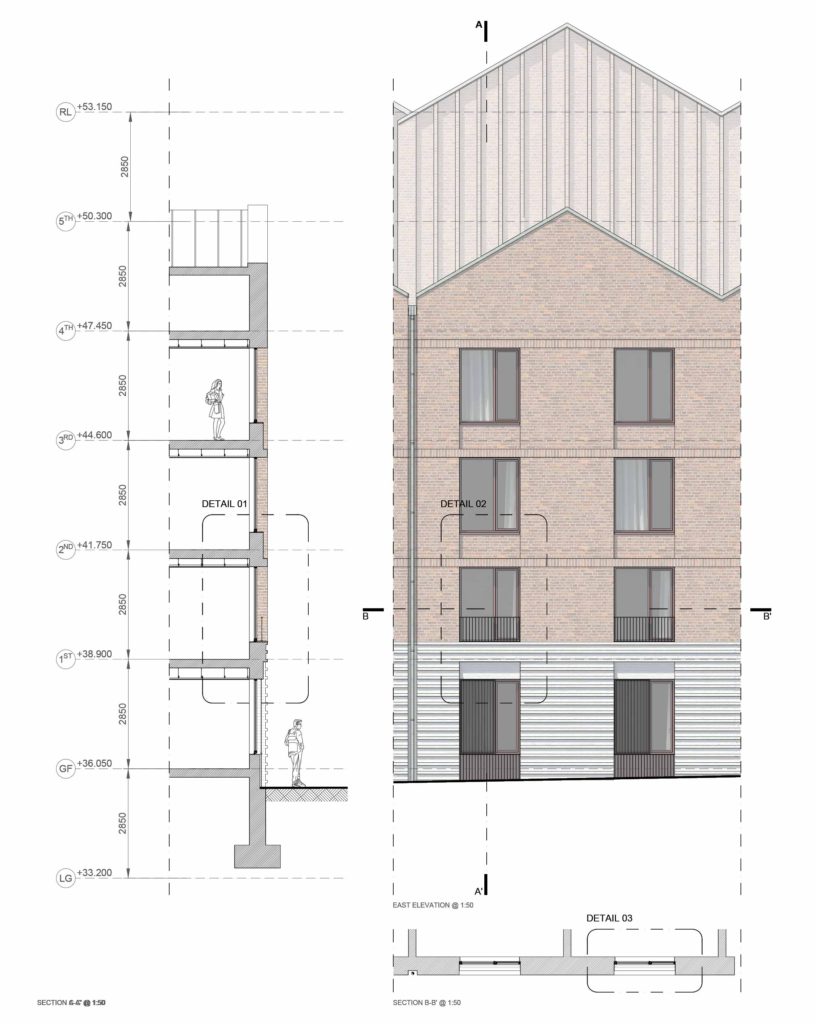