The designs by the Liverpool-based practice include 301 flats along the southern edge of the city’s Baltic Triangle.

The scheme sits next to the site of the £150 million regeneration of the Grade II-listed former Cains brewery and will complete the block along Grafton Street.

Michael Young of Smith + McHugh, said: ‘From day one on this project we were conscious of the need to create a genuine piece of urban design, this hinterland area of the city has the potential to set the benchmark for what quality architecture can do for Liverpool when developers integrate proposals with great public realm.

‘Drawing strong influences from Liverpool’s rich architectural heritage our proposal is designed as a series of separate buildings around a large public piazza something we believe has been missing from similar residential development in the city.’

If approved, the development is set to start on site later this year and is expected to complete in 2018. 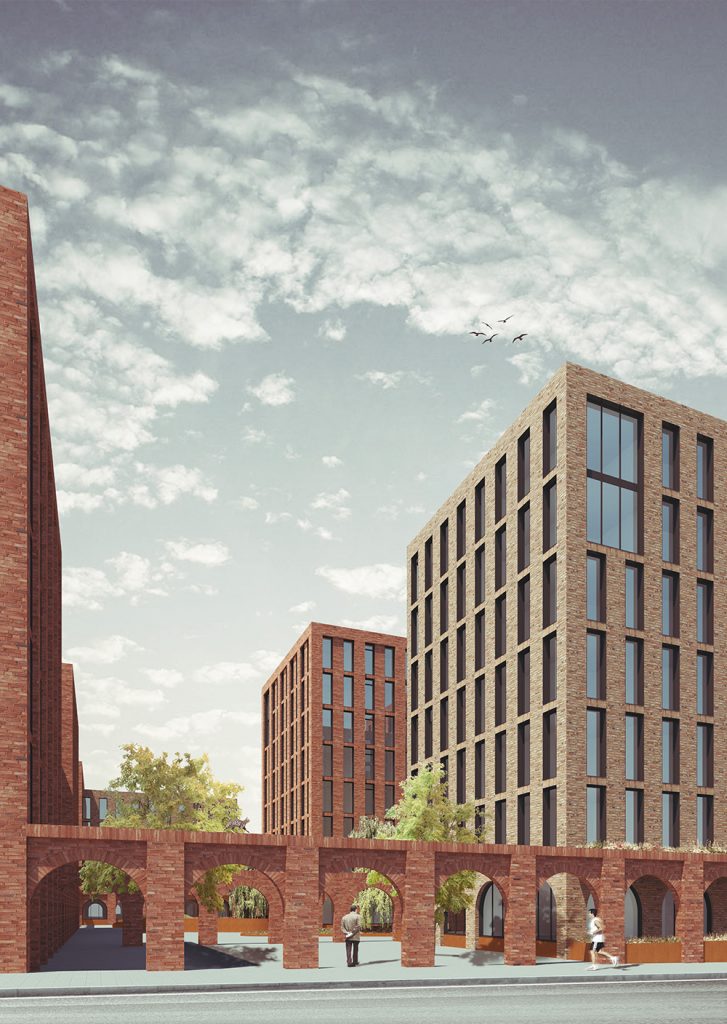